Is the attempt to separate between Philosophy and Mathematics may be considered as some kind of Philosophy?

When deal with fundamental notions, many mathematicians and some philosophers agree that Philosophy is not an appropriate framework for mathematical frameworks' developments.

Is the attempt to separate between Philosophy and Mathematics may be considered as some kind of Philosophy? 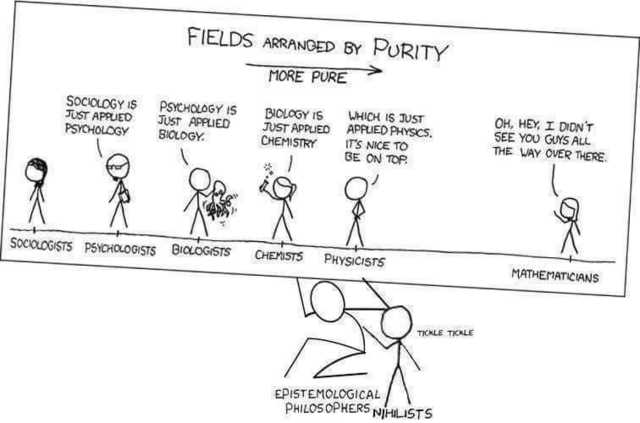 The usual perspective is that philosophy deals with 'meta' concerns. When mathematicians do meta-mathematics it becomes philosophically significant.

But once the tools and methodology of a discipline are accepted, it ceases generally to be of concern philosophically, at least in terms of epistemology. This is an issue of structure, that philosophy and theory of knowledge attempt to stand outside of certainties and consider definitions and assumptions. There is also the practical concern, that to get to the areas of development and innovation in physics and mathematics takes typically not only degrees but a career dedicated to the subject.

Demarcation, the attempt to delineate what is and is not within a field, is intrinsically philosophical because it is dealing with definitions.

10
Why doesn't philosophy of philosophy exist?
0
Are mathematical results influenced by the way we reason?